Marie Curie was one of the most prominent figures of the 20th century. She was the first woman to be awarded a Nobel Prize for her discoveries and is still the only woman to have received the Nobel Prize twice, one in physics and one in chemistry. Her studies on radioactivity have been of great importance not least for the treatment of cancers with radioactive rays. During Nobel Week Lights 2021, I wanted to interpret Maries first Nobel Prize in physics, which she shares with her husband, Pierre Curie and the scientist Henri Becquerel.

Due to the radioactivity, radium and its salts glow in a green colour in the dark which can be experienced as thrilling, mysterious and dangerous. With this work, I wanted to pay tribute to Marie Curie for her outstanding work at a time when women were discriminated against, opposed and rarely had the opportunity to pursue their dreams.

Västerbron's fantastic design - the two arcs that together create an M (as a tribute to Marie) can also symbolize the electromagnetic radiation's wave-shaped flow. Västerbron is therefore a natural place for the artwork of this Nobel Prize. The green shimmers, pulsates and wanders along the arches. The idea is that the bridge arches should radiate energy as if the bridge is radioactive. The light movement is slow and has an almost mysterious character. With the installation, I wanted to illustrate, the duality of radioactivity in human hands, in the service of good or evil. An effective installation that provides space for different interpretations. 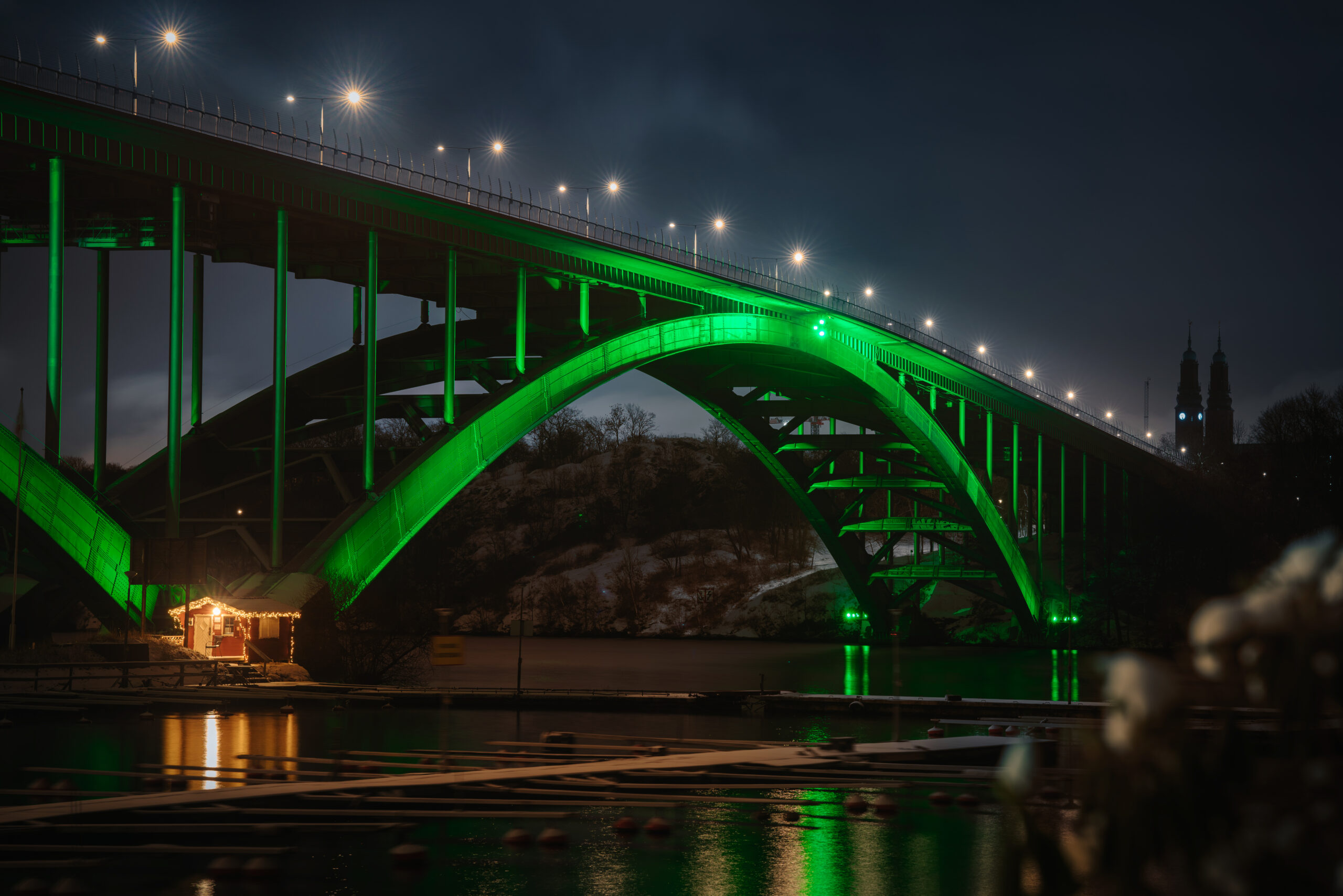 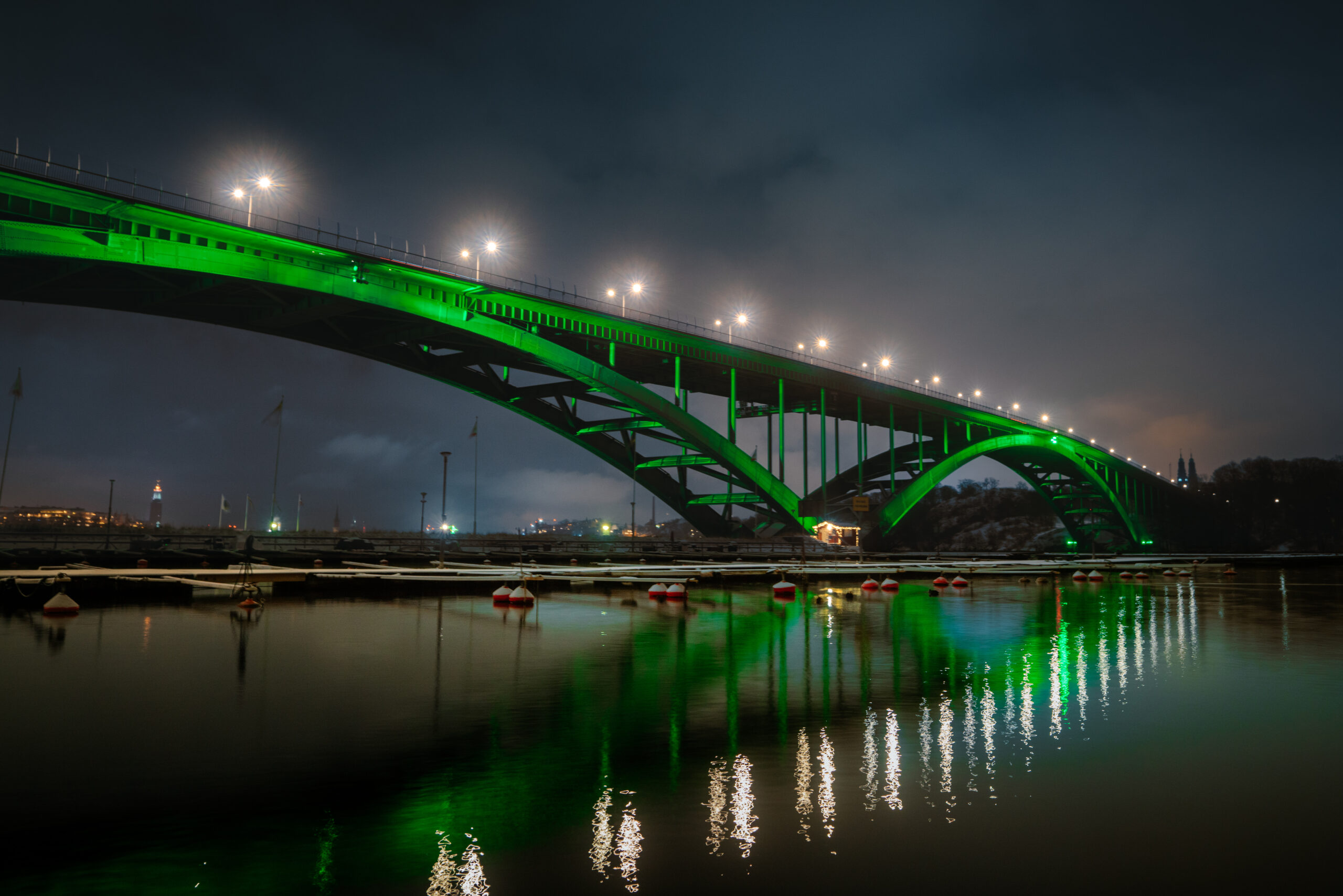